You are here:Home » About 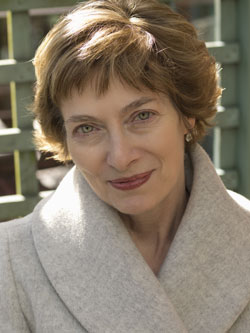 The spark of interest in writing had its origin in Canadian author Margaret Anne Hume’s inquisitive search during her McGill studies into the life of Mary Grannan, the late fellow New Brunswicker and author of the beloved Maggie Muggins. This led to an extensive and rewarding journey of discovery about Mary Grannan, and left Margaret truly feeling like a detective after all. Appointed as Mary Grannan’s official biographer by Grannan's sister Helen, Margaret Anne Hume is the author of the biography Just Mary: the Life of Mary Evelyn Grannan, and editor of the “Just Mary” Reader: Mary Grannan, Selected Stories, both published by the Dundurn Group in 2006.

In 2012, she and her father, Albert Mair MacLean co-authored his memoirs, My Life: Adventures of an RCAF Flying Officer, Eaton’s Manager, and Family Man (Caissie Cape Publications), launching the book on the occasion of his ninetieth birthday.

Margaret’s interests in writing are evolving. Currently, she is acting as story consultant to Helen and Alastair MacCulloch as they develop a musical based on Margaret's biography of Mary Grannan. Margaret’s love of Canada and Canadian literature, and her intense interest in its history and people feature prominently in her writing. She enjoys speaking about writing and her books.

A former librarian at Concordia University, Margaret is a graduate of McGill and the University of New Brunswick.

Canadian author Margaret Anne Hume is an active member of Canadian Authors Association, and is currently the National Chair. In previous years, she has held several executive positions in the CAA  Metro Vancouver Branch, including Past President (2010 to 2012); President (2008 to June 2010); Member, Vancouver CanWrite! National CAA Conference Committee (2004); and Vice-President and Programs Coordinator (2006–2007). Margaret is also a member of The Writers Union of Canada and the Federation of BC Writers.

Photo by Heidi Back.

Mary Grannan was designated as a national historic person on March 27, 2018, by Catherine McKenna, the Minister of Environment and Climate Change and Minister responsible for Parks Canada. read more...

Just Mary, Mary Grannan's signature radio program for children was first broadcast on radio in November 1937 on CFNB Fredericton. The program was also carried on CBC for a number of months in 1938, but in September 1939, Mary Grannan and her Just Mary program moved to CBC Radio, beginning a long, successful broadcast run that continued until June 1962. read more...

Just Mary: the Musical, based on the book Just Mary: the Life of Mary Evelyn Grannan, is under development by Helen & Alastair MacCulloch (Optimistic Music Company). read more...