You are here:Home » About » Albert Mair MacLean 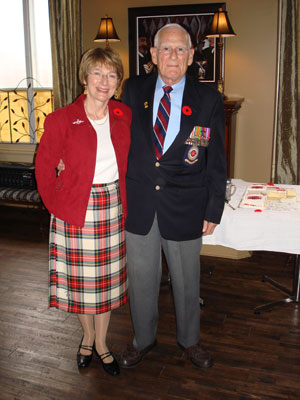 Albert Mair "Mac" MacLean, a native of Campbellton, New Brunswick, came from a family of eight children, five of whom served overseas during World War II.  He graduated from Campbellton High School in 1939 and worked for the Royal Bank of Canada prior to enlisting in the RCAF in 1942. Following his war service, he married Mary Fraser and began his university studies. In 1949, he graduated from Dalhousie University with a bachelor of commerce degree and began his long career of thirty-three years with the T. Eaton Company. A long-time resident of Moncton, New Brunswick, he and his late wife Mary were blessed with a family of five children, ten grandchildren and several great-grandchildren. Albert passed away at the age of 90 on May 11, 2012. 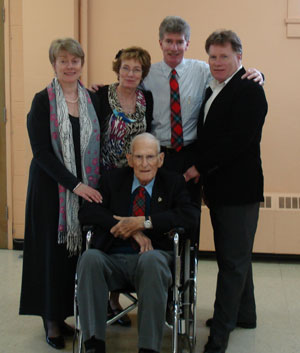 Mary Grannan was designated as a national historic person on March 27, 2018, by Catherine McKenna, the Minister of Environment and Climate Change and Minister responsible for Parks Canada. read more...

Just Mary, Mary Grannan's signature radio program for children was first broadcast on radio in November 1937 on CFNB Fredericton. The program was also carried on CBC for a number of months in 1938, but in September 1939, Mary Grannan and her Just Mary program moved to CBC Radio, beginning a long, successful broadcast run that continued until June 1962. read more...

Just Mary: the Musical, based on the book Just Mary: the Life of Mary Evelyn Grannan, is under development by Helen & Alastair MacCulloch (Optimistic Music Company). read more...